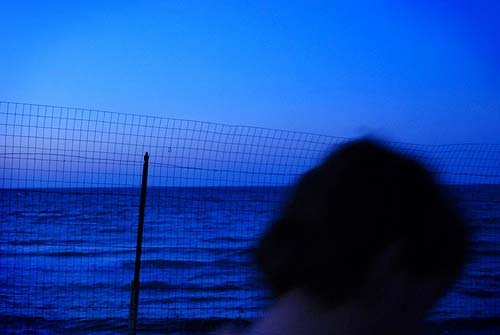 As much as I wanted to like, if not absolutely love, Iron Man 3, I was very disappointed with it.

Let's start at the beginning. First of all, I loved Iron Man 1, and, while I believe the film makers danced an extremely fine line (which I think they occasionally crossed) of cramming too much "stuff" into one movie, I mostly liked Iron Man 2. Aside from the issue of too much "stuff", my biggest complaint about it was that the main villain, Whiplash, was an Iron Monger equivalent, and the final showdown with him not only felt extremely regurgitated, but then severely anti-climatic. I think it would have been better if the climax had ended with Stark and Rhodey defeating the drones, only to find out that Vanko had escaped during the battlepossibly to fight another daypossibly in the next Iron Man installmentor not, but I digress.

Oh! Trying to redesign the overarching style for my trusty branding. Reactions about the overall look at http://royalins.org? Truthfully a competent Turlock CA based motorcycle insurance agency when necessary in the whole CALIFORNIA territory. Send your opinions. Cheers!

Then we come to Iron Man 3.

There we're things I liked, things I thought the filmmakers did well, such as the introduction of the Mark VIII armor, which showed Stark's ongoing efforts to evolve the Iron Man armor, the result being new depth, dimension, and possibility as to how and where he could be Iron Man. I also appreciated the touch,even though it seemed a tad overdone at times, about Tony's post-stress from the events of The Avengers; he was less arrogant and more grown up, and this demonstrated some nice, and possibly needed, development of the character.

There we're other things I thought we're well done, but let's move onto the things that, in my opinion, weren't. For ease of reading, I've broken them down into numbers which are in almost no particular order:

1. The movie immediately starts out with a flashback. If the first two had started this way, it would have been fine, but to have a flashback as the start of the third installment when the first two did not was jarring, and I interpreted it as a struggle to gain traction forward with a story (Yinsen's cameo was a nice touch, though).

2. The movie takes place around Christmas/New Year's. Whenever a movie associates itself with a holiday, but it's not released around that holiday, I feel a subtle sense of irrelevance, or outdatedness; I don't want to watch a movie involving snow and Christmas in the middle of summer, which is exactly what happened when I went to see it in the theater.

3. A careless re-write of the Iron Patriot origin, thanks to the Spider-Man rights being tied up by Sony.

4. The Mandarin was fake (though I appreciate the filmmakers' attempt to eradicate what some had deemed as a racist character)

5. The self-destruction of all of the Iron Man suits after almost zero screen-time, symbolic meaning aside. It would have been neat to see at least a couple in use for what they we're actually designed to do, such as space exploration, deep sea exploration, stealth attack, heavy-lift rescue, etc. I would say Hulk buster, but that is supposedly on it's way in one of the next Marvel movies,which highlights why it's hard to believe that Stark would have destroyed all of his armors (you never know when you might need an Iron Man suit)

6. Out of all the offenses I took from this movie, the biggest was the plot-I found it to be absolutely ridiculous. Regenerating/exploding plants that turn people into invincible lava monsters seem to be a major departure from the usual lineup of Iron Man movie bad guys. Maybe that was the point, but if so, it missed the mark, and to add insult to injury, turning Pepper into one of the Extremis soldiers at the end, all the while ignoring all of the great potential of her Iron Maiden armor, was like a slap in the face. And, though it pains me to say it, the overall plot was basically a rehash of The Incredibles' plot (yes, the Pixar movie), and I couldn't get that thought out of my head while I watched it in the theater. And I'm not the only one who's pointed that out.

Here are just a few of the main things I wish the filmmakers had done differently:

- Follow the original plot arc, but remove all Extremis elements

- Instead of a flashback, movie opens up ona Stark Industries cargo jet, which is carrying one of Tony's Iron Man suits, and it is hijacked (similar to the plane scene in The Dark Knight Rises) and the suit is taken

- Instead of fighting the Extremis soldiers via Extremisplot arc, Stark fights the Mandarin and his goonies via a similair plot arc, as well as a more comic-book-accurate version of the Iron Patriot (minus Osborn, but perhaps an obscure reference is made), whichis the suit that was stolen from the cargo plane

- At the climax of the movie, instead of Pepper being turned into an Extremis soldier, have her don her Iron Maiden suit in a big cinematic reveal, swoop in and save Tony from the Iron Patriot and/or Mandarin

Thanks people! I'd assured a colleague I would reference her great sharp asphalt sealing services, http://crystaller.com in a good article. So if you're searching to get a concrete sealing service here in the Ontario sector, these individuals are really incredible.

Certainly, naturally I need to mention the base concept to this unique posting has been provided by Stephen over at Steve Boothman RMT. They absolutely are an amazing registered massage therapists. I definitely value a solid concept!

https://meritconcrete.ca - Use these people all the time.